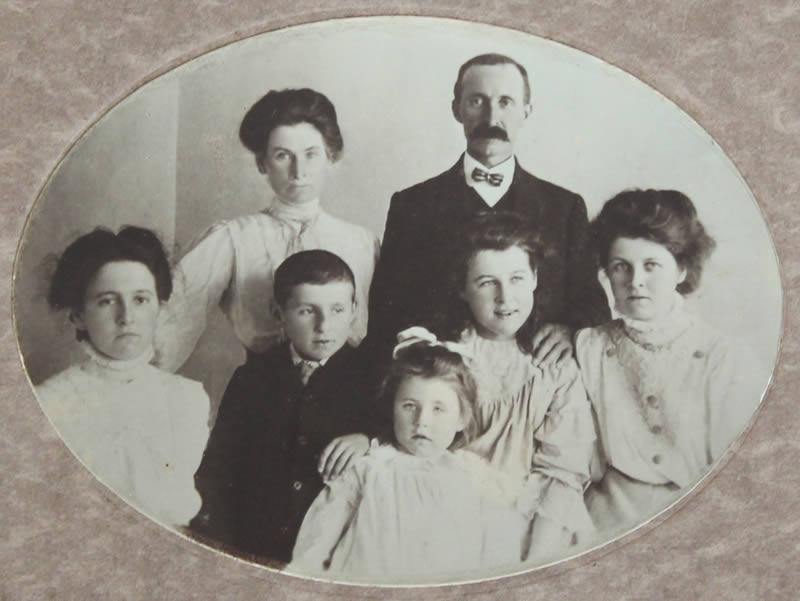 Originally from Gwynfe John Williams (local school teacher) married Elizabeth, daughter of a farm hand. Scandalous at the time the union was accepted due to Elizabeth's skill as a seamstress. She went on to become a school teacher.

John went on to be the headmaster of Llandeilo school.

This picture shows them with their children (left to right) Bronwen, Myrddyn, Elizabeth May, Ethel and Olwen. Circa 1898

This picture shows the family about 5 years later with new addition Ceinwen (“Dot”) at the front. 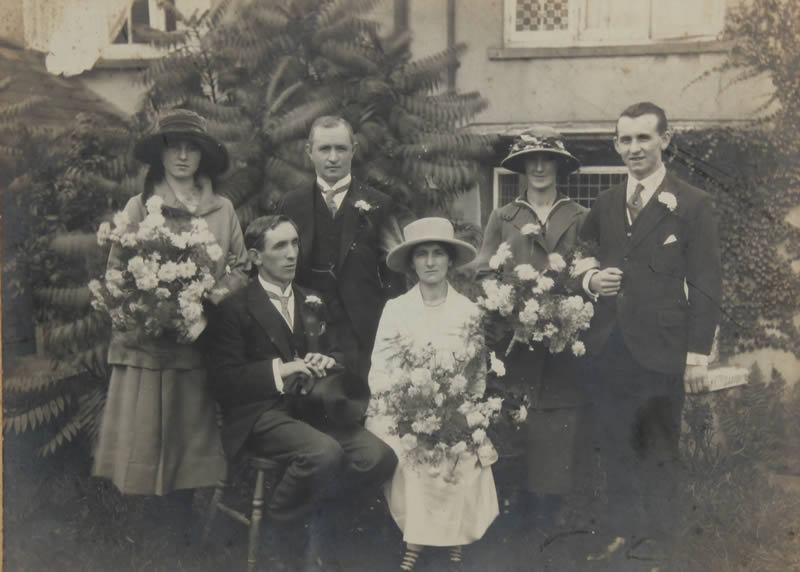 On the left is Elizabeth May Williams. The bride may be Bronwen Williams. Picture by famous local photographer D.C. Harries. Circa ? 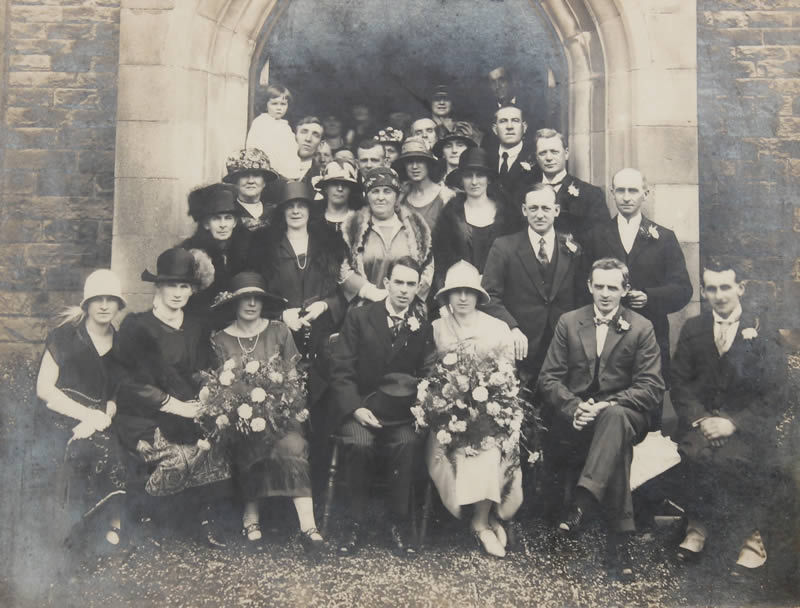 The Wedding of John & Elizabeth's daughter Ceinwen to Stephen J Williams in 1925. Front row, far left, are Elizabeth May Williams next to her mother, Elizabeth Williams. Second row far right may be John Williams, Ceinwen's father.

They met while he was teaching in Llandeilo. Stephen went on to become Professor of Welsh Language and Literature at the University College of Wales in Swansea and had a long and distinguished career as a writer, grammarian, academic and Fellow of the Eisteddfod. Ceinwen was widely known as a talented soloist and folk singer. Stephen died in 1992 at the age of 96, Ceinwen in 1989. Photo by D.C Harries. 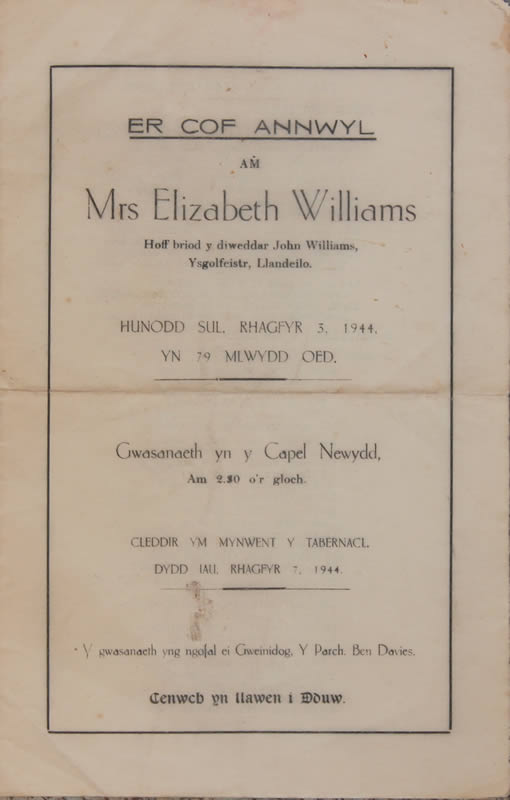 Order of Service for Elizabeth.

Many thanks to descendants Gareth & Mary for sharing their photographs and knowledge.